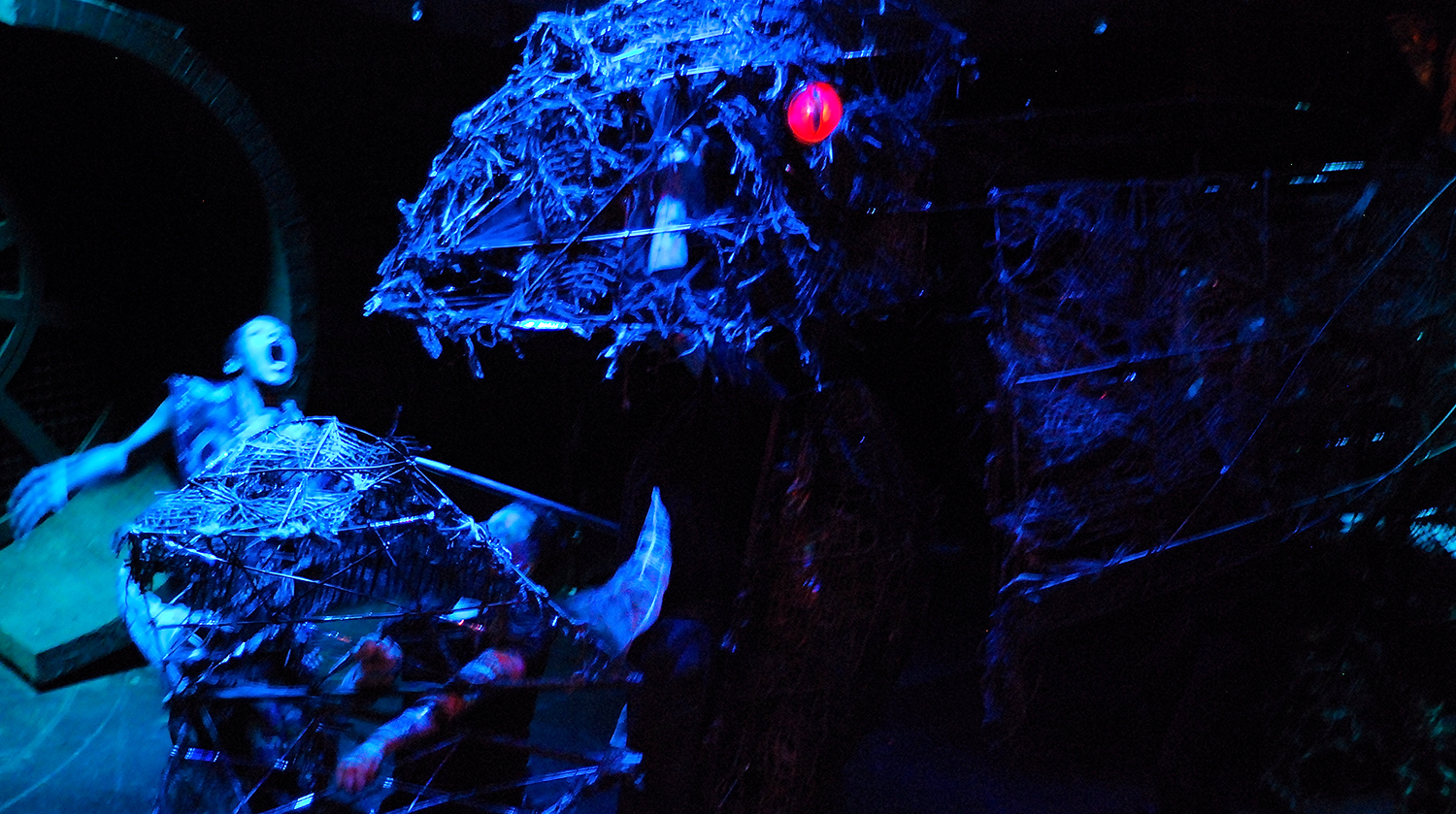 When Richard Mayhew stops to care for an injured girl on the street, he is drawn into a nightmare shadow world beneath the city of London. To return to his normal life, Richard must brave countless trials, uncover the truth behind a dark conspiracy, and face the indomitable Great Beast. Journey to London Below with a rogues’ gallery of liars, outcasts and assassins, on a treacherous voyage to awaken the hero within.

“The Chicago Lifeline theatre production of Neverwhere is, I can say, now having seen it, absolutely WONDERFUL… Inventive, faithful, funny”
Neil Gaiman, 6/13/10

PRESS
“Few American theaters can do this kind of thing — with such imagination, dignity, humor and judicious restraint — quite like the master storytellers at Lifeline.” —Chicago Tribune

“There’s no question that Robert Kauzlaric’s adaptation is full realization of Gaiman’s world, which imagines a shadow, subterranean London easily accessible via the orifices of the Tube. Fans of Lifeline well know that this is a theater that excels at storytelling. Its adaptive works never disappear inside a pretentious adaptor’s navel, as can happen elsewhere. Rather, the emphasis is on doing justice to the integrity of the piece… And, this being the inclusive Lifeline, you won’t feel left out of the party if you’ve never read a single world that Gaiman, a Britisher transplanted to Minnesota, has planted on a page. In fact, you might well find yourself moved to go buy one of his books.” —Chicago Tribune

“Watching the lavish artistry and endless imagination now at play in Lifeline Theatre’s world premiere production of Neverwhere — Robert Kauzlaric’s zesty stage adaptation of British writer Neil Gaiman’s first novel — it is easy to see why Lifeline recently racked up 14 non-Equity Jeff nominations. The artists and craftsmen who work with this ensemble are masterful. Consider the world conjured in this psychological fantasy — a consciousness-warping epic of self-discovery (and self-destruction, too) that plays like a super-violent, modern-day Dickensian yarn laced with a good bit of Freudian undertow.” —Chicago Sun-Times

“Whether in comics (Sandman) or prose (American Gods), Gaiman traffics in mythologies. Neverwhere is his archetypal hero’s quest, and Lifeline’s skillful staging is remarkable in its efficiency. Kauzlaric’s adaptation is faithful in letter and spirit, but he knows where excisions must be made; he also leads the stellar cast of nine (just nine?!) with a savvy, relatable portrayal of Richard as a stranger in a not-so-strange land. Holmquist’s choreography of the action makes a stage smaller than most living rooms seem sprawling; the design team’s elegant representations of settings that bridge the real and fantastical are truly astounding… Lifeline’s production is an exhilarating glimpse into a world just out of sight.” —Time Out Chicago

“This remarkable adaptation of Neil Gaiman’s urban fantasy novel brings the nightmare Wonderland of underground London to life… spectacle and story so ambitious and colorful, poetic and vulgar, heroic and homely, it’s like eavesdropping on your favorite author’s waking dream.” —Centerstage

“Even for a company as reputable as Lifeline, a stage adaptation of Neverwhere is an ambitious undertaking… But Lifeline pulls it off, with characteristic aplomb… It’s spectacular when it needs to be and otherwise driven by character and imaginative variations on archetype. The actors are uniformly captivating, with command turns from lead Robert Kauzlaric (who also adapted the script) and the time-traveling, scene-stealing assassins Vandemar and Croup.” —Flavorpill 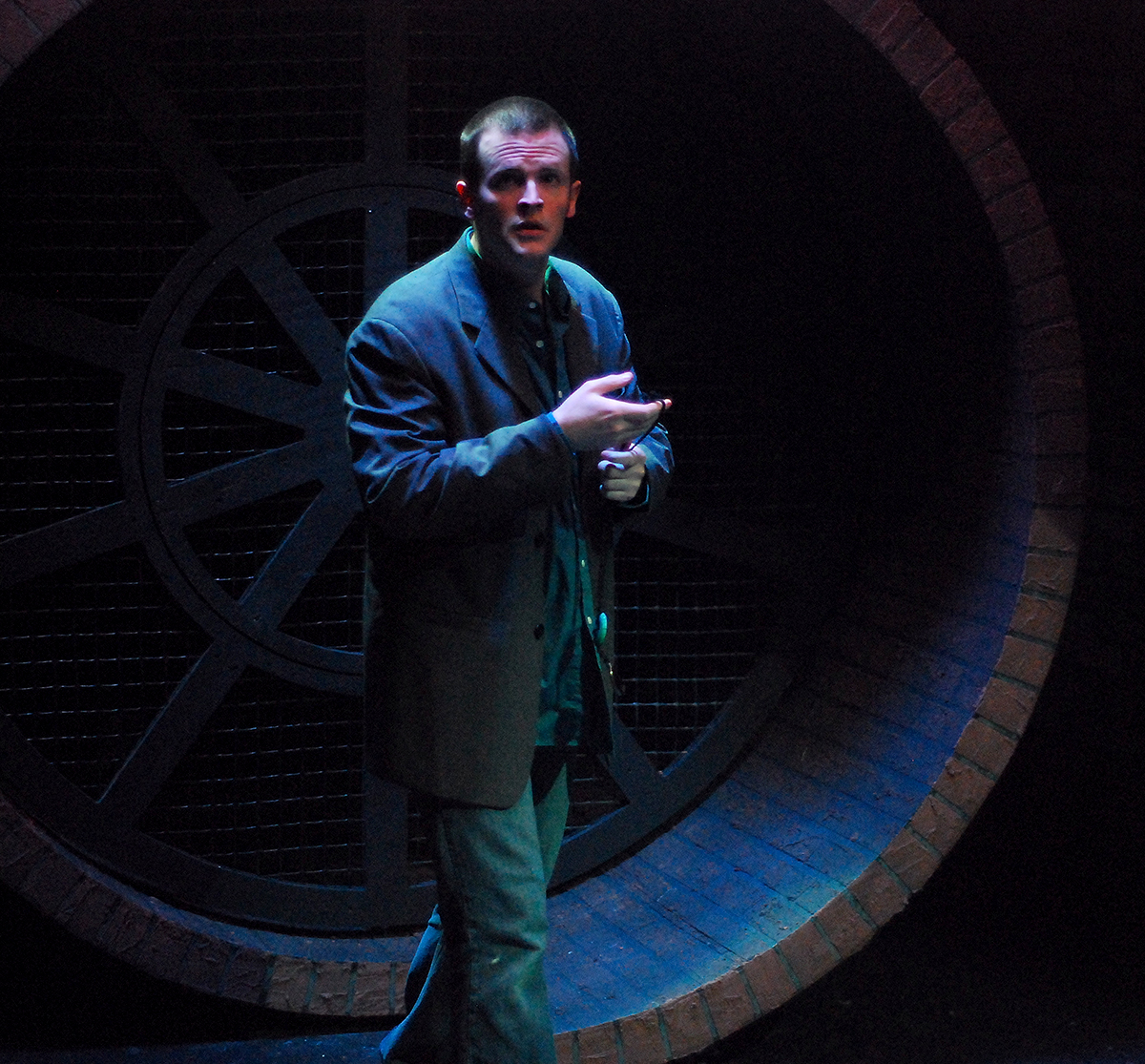 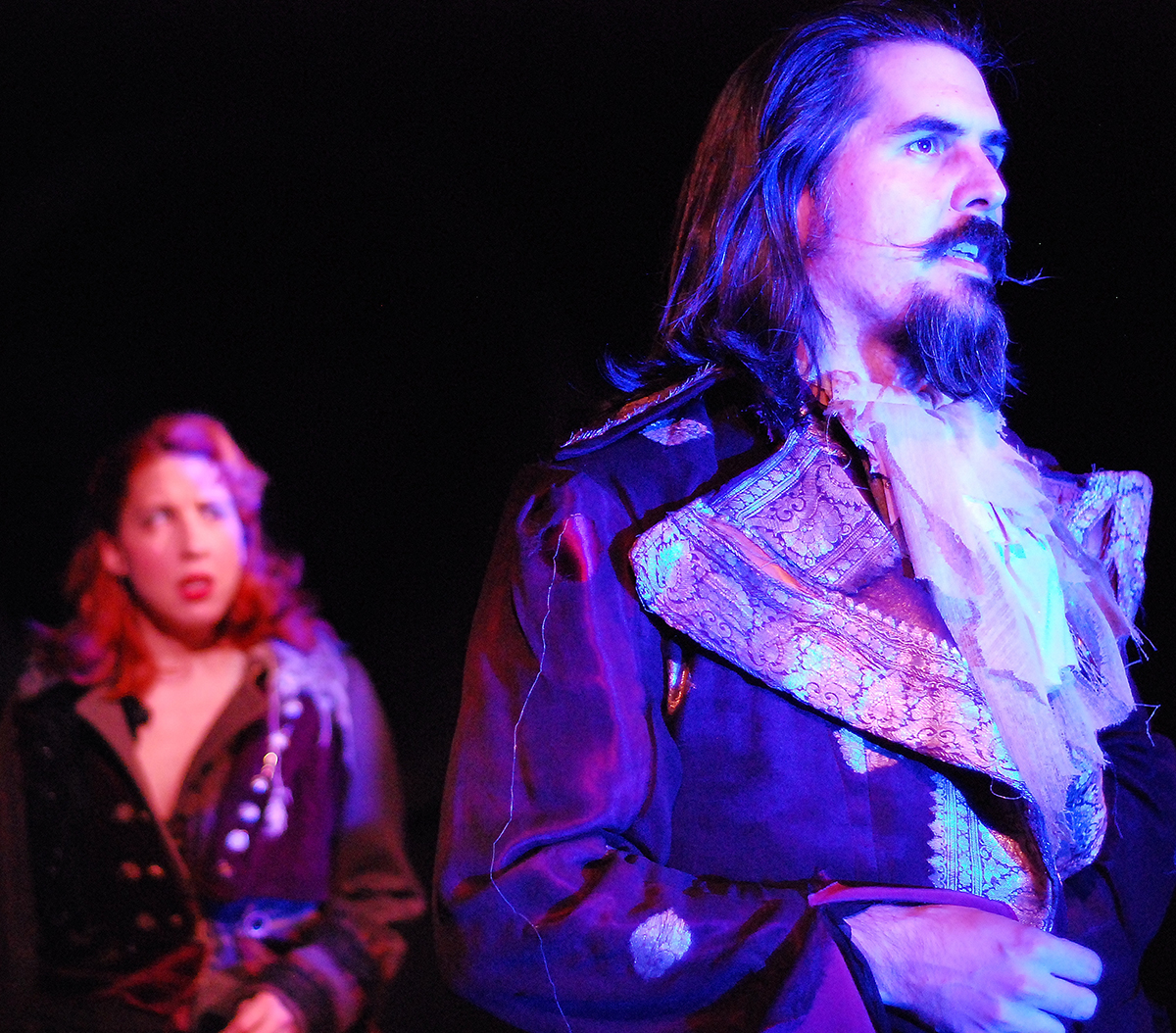 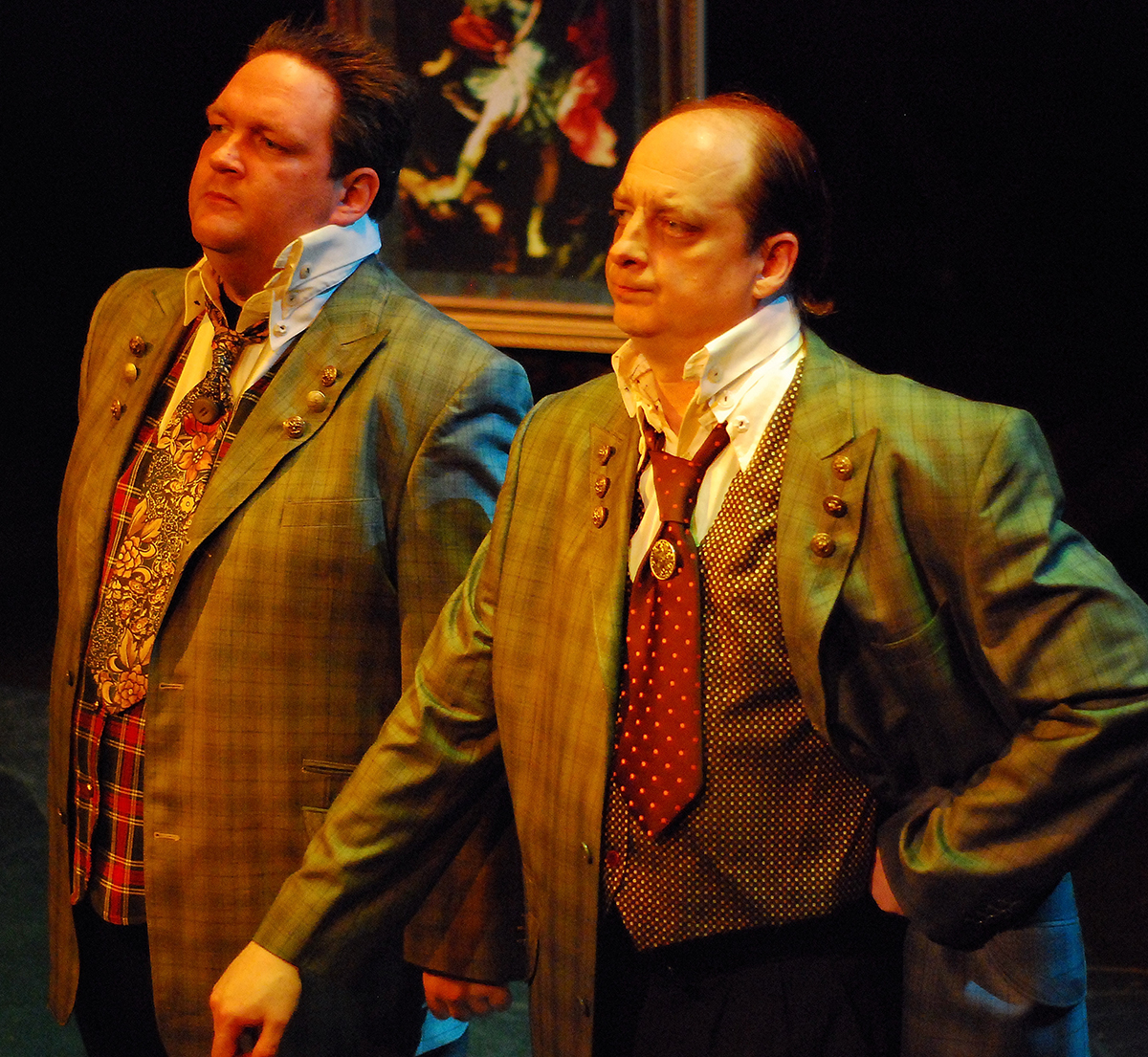 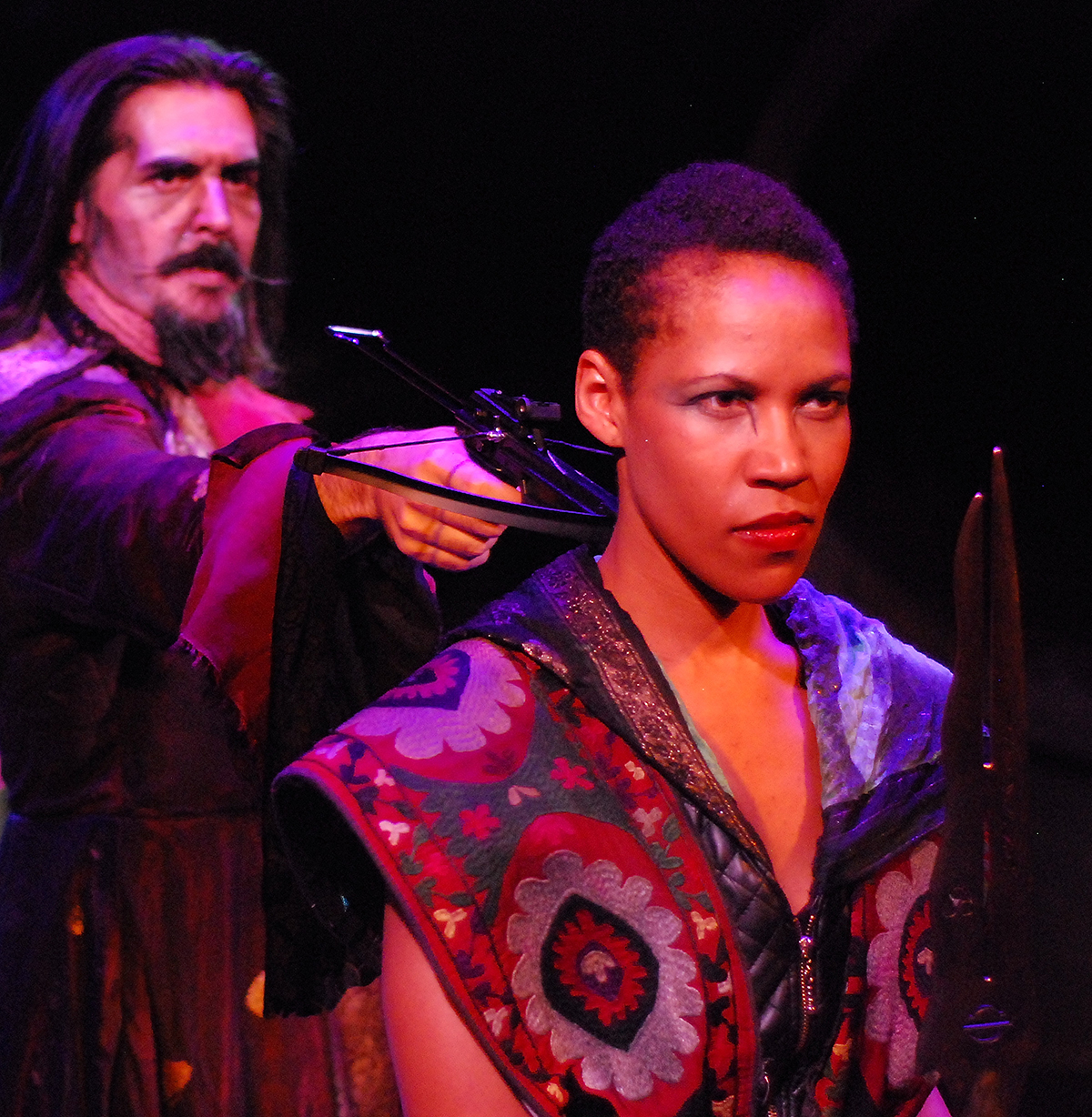