Based on the novel by Mary Wollstonecraft Shelley
For licensing & perusal script, contact Robert here. 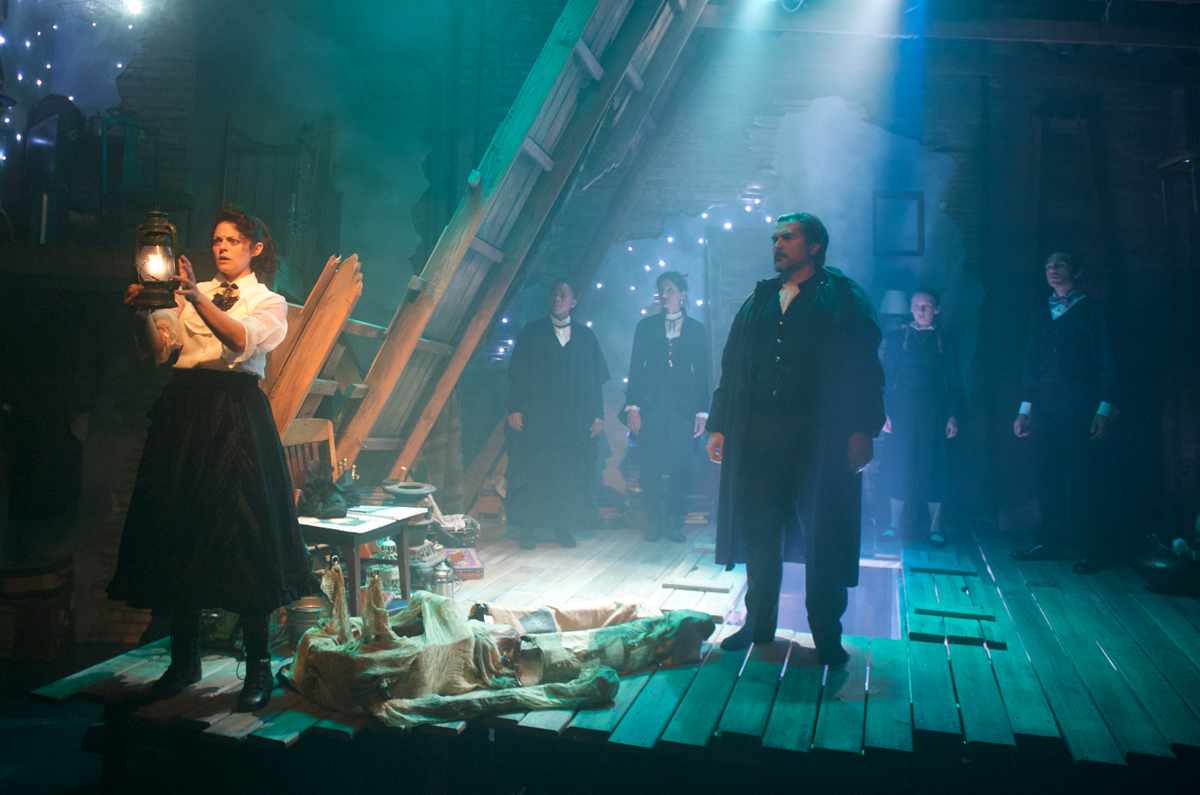 When an unexpected death shatters her family, Victoria retreats into the darkest recesses of her psyche in search of a way forward. To find meaning in this impossible loss, she brings a terrible creation to life – one whose existence threatens all hopes for the future. Haunted and hunted at every turn, Victoria must endure a nightmare journey of the soul in a quest for survival. Grapple with the demons of grief and denial in this allegorical adaptation of the 1818 thriller by Mary Wollstonecraft Shelley.

PRESS
“A powerful allegory for loss… Kauzlaric’s approach is to treat the story primarily as an allegory for unnatural grief and how it isolates us even from those we love most. As Shelley wrote, ‘Nothing is so painful to the human mind as a great and sudden change.’ Here, that change comes for Victoria, a young university student thrown into a maelstrom of mourning by the death of her father, Alphonse. No one can pluck her from that vortex — not her mother, her siblings, her best friend or her lover. Victoria’s desire to re-create what she’s lost ends up costing her everything she still has… The truthfulness of Victoria’s journey through the stages of grief recasts one of the most well-known monster fables into an authentic and sometimes profound portrait of monstrous loss.” —Chicago Tribune

“A brilliant, dark take on the original… Shelley, a feminist herself and the daughter of feminists, a woman who knew much grief in her lifetime as the mother of three children who died young, might have really appreciated this take on her work, in which Victoria Frankenstein brings the creature to life as a means of trying to bring back her dead father. [Kauzlaric] infuses the story with a level of powerful emotion even the original can’t lay claim to… In her grief, [Victoria] sets out to use the latest of scientific studies to find a way to reanimate her father, but instead creates a being so hideous to her that she rejects it the instant it is created… this is not the benevolent man brought back to life but something new and powerful, something demanding what it will never receive: the love of its creator… It is the year of Frankenstein in Chicago, and [this] gripping, powerful production brings it to a brilliant start.” —ChicagoOnstage.com

“A mesmerizing descent into madness… For most of this Frankenstein, it looks like Victoria will not survive physically or emotionally. Like many cycling through Kubler Ross’s stages of grief, she’s in deep denial, then bargaining with her very life to bring her beloved father back. In this Frankenstein, the heroine, already an outsider before death plunges her into madness, must save herself. And the audience, captivated from beginning to end, can’t help but hope she’ll see the light.” —Chicago Theater Beat

“In [this] Frankenstein, the titular creature is no brethren to the bolt-necked, flat-headed Herman Munster types that have come to define the star of Mary Shelley’s genre-defining 1818 novel. In Robert Kauzlaric’s adaptation, Frankenstein [is] a grotesque, sentient garment worn by dead people. But for all his monstrousness, the creature’s words go straight to the pulsing need of every human being on the planet: “Hear me. See me. Help me.” The dichotomy embedded in the repeated refrain is profoundly troubling; it captures the essence of humanity, but it’s spoken by a creature who behaves with inhumane evil. That connective tissue between monster and human defines Kauzlaric’s adaptation… As in the novel, Victoria’s unholy creation is burdened with unbearable loneliness, an unhappiness so intense it leads to savagery. Lifeline’s monster literally engulfs his victims, pulling them up from the grave and enfolding them into the flickering heart of his being. In the end, the puppet contains half a dozen victims, creating a visual that evokes the multi-armed powers of Shiva the Destroyer… The production is pocked with moments that startle and alarm.” —Chicago Sun-Times 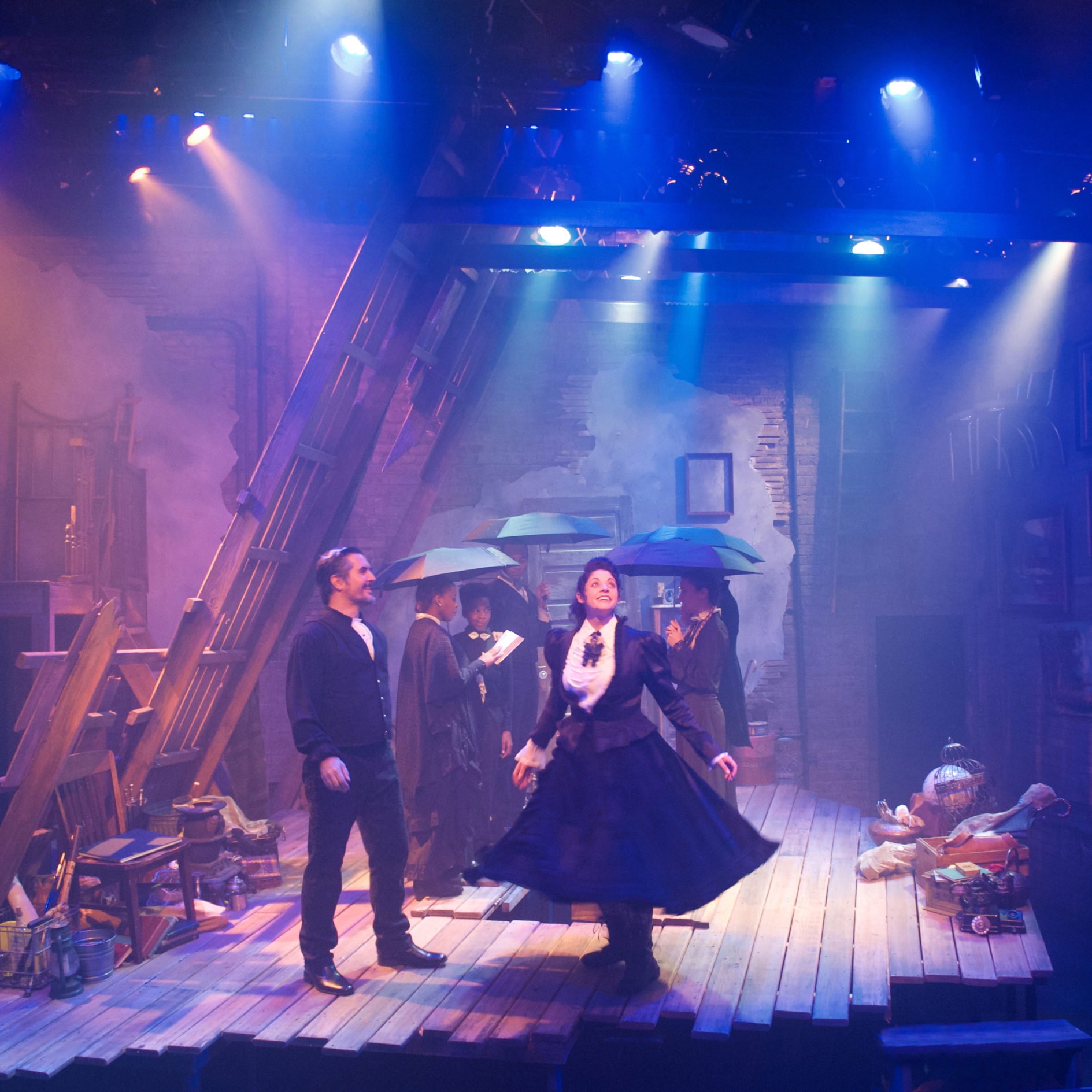 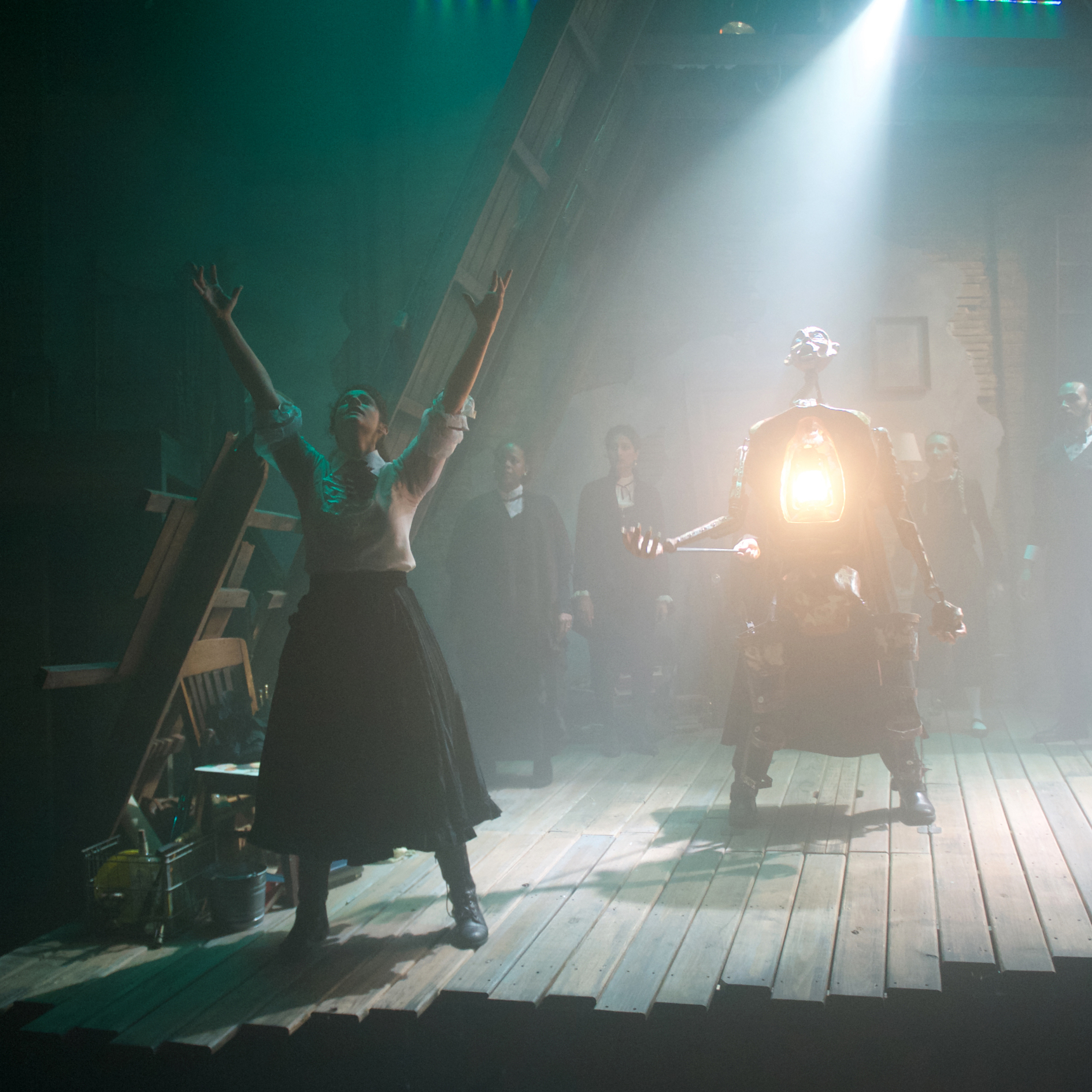 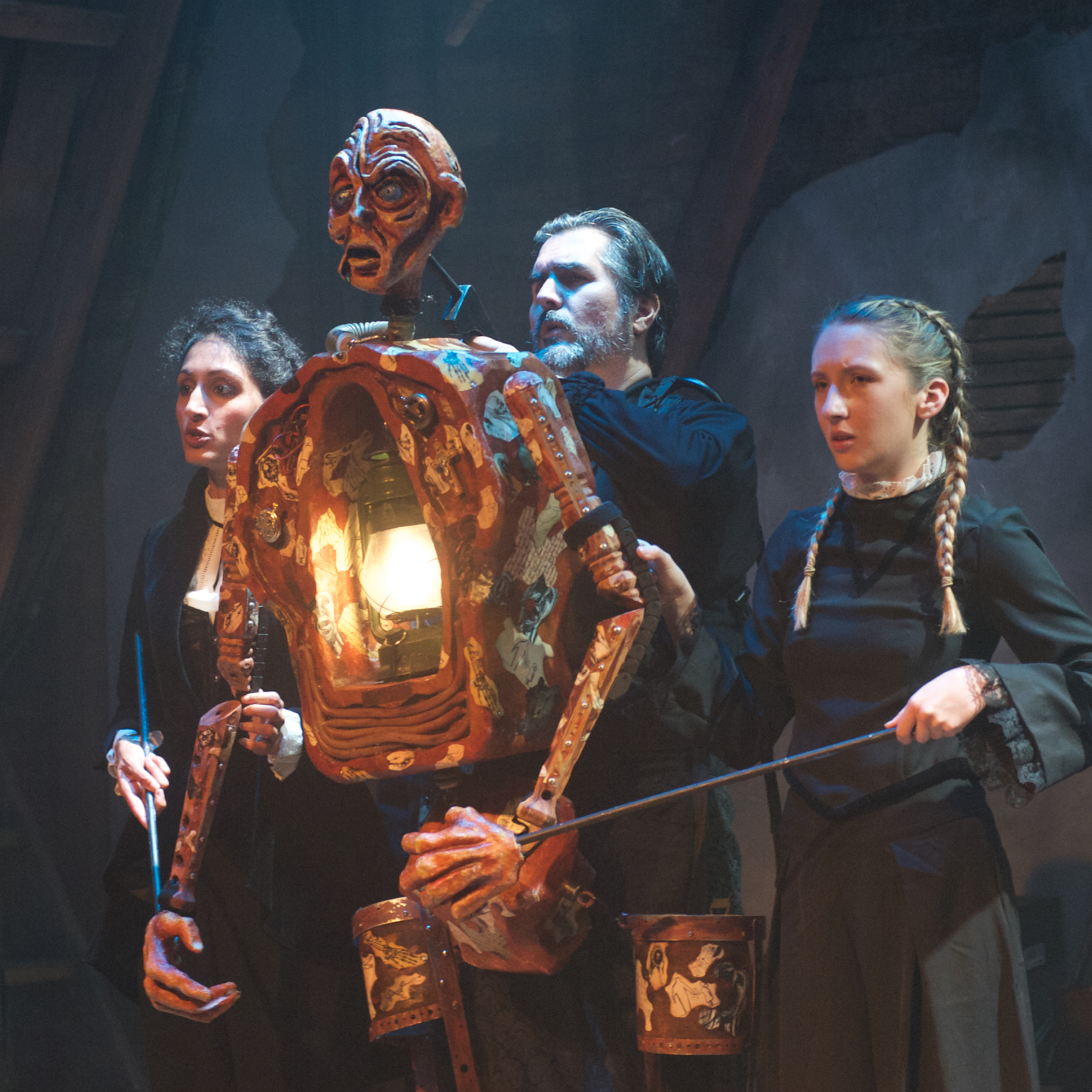