Based on the novel by Alexandre Dumas
For licensing & perusal script, contact Robert here.

In pursuit of his dream of becoming a Musketeer, young d’Artagnan travels to Paris, where he befriends the legendary Three Inseperables: Athos, Porthos, and Aramis. His acts of bravery earn the respect of King Louis XIII, but ensnare d’Artagnan in the deadly schemes of Cardinal Richelieu and the beautiful yet depraved Milady Clarik. When the love of his life, Constance Bonacieux, is kidnapped on the eve of war, d’Artagnan must weigh his loyalties to king and country, comrades-in-arms, and the callings of his heart. Journey from Paris to London, from countryside taverns to glittering palaces, from a humble farm in Gascony to the siege of La Rochelle, in an epic tale of passion, intrigue, and adventure. “All for one, and one for all!”

PRESS
“A delightfully fresh adaptation of the Dumas swashbuckling classic. Kauzlaric cuts to the chase, as it were, focusing his efforts on, and remaining faithful to, the story of d’Artagnan… this charming production moves swiftly” —The Pantagraph

“Although dozens of stage dramatizations of the Dumas’ novel exist, the Illinois Shakespeare Festival was looking for something newer and fresher than any of the extant adaptations, and that is exactly what they got. Kauzlaric [created] an adaptation which gives a humorous take on the 1844 melodrama without becoming a spoof or a farce. Running for over two hours, the production never lost the audience – not for a single swashbuckling moment… Kauzlaric’s script [delivered] all the swordplay that we, the audience, expected… the adaptation remained quite true to the original story… captivating the near sellout audience.” —Pamphlet Press 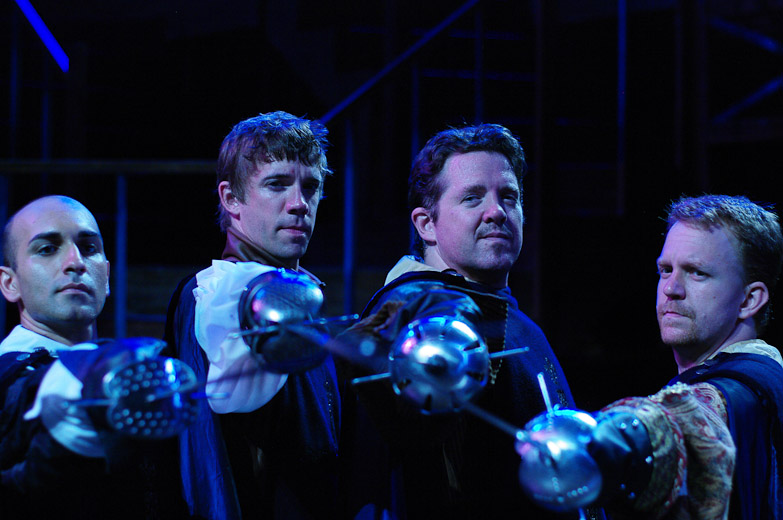 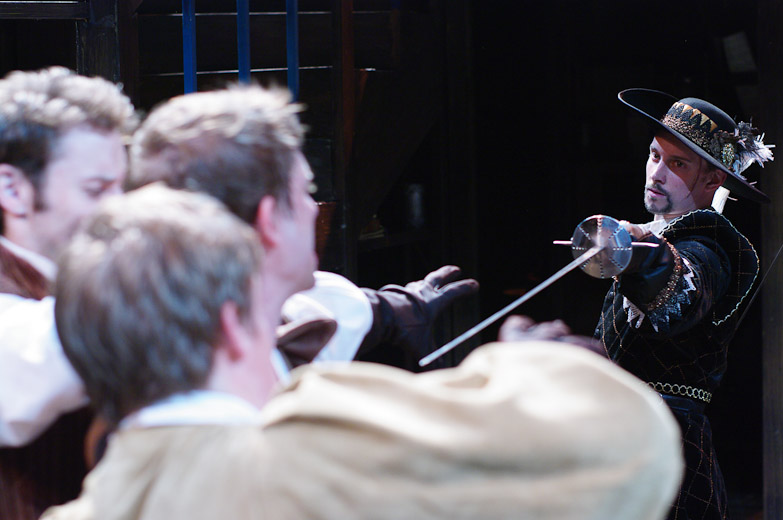 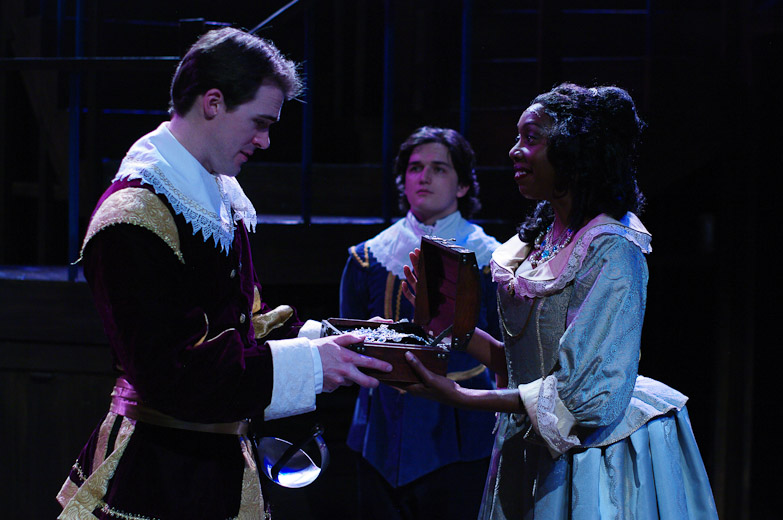 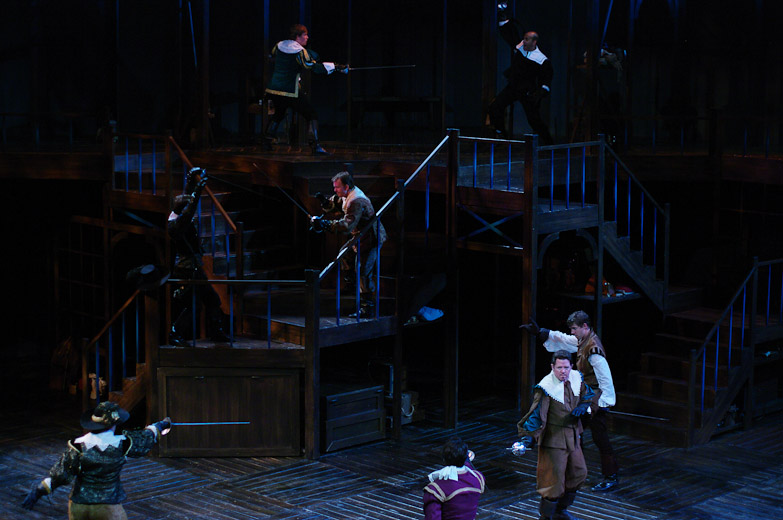 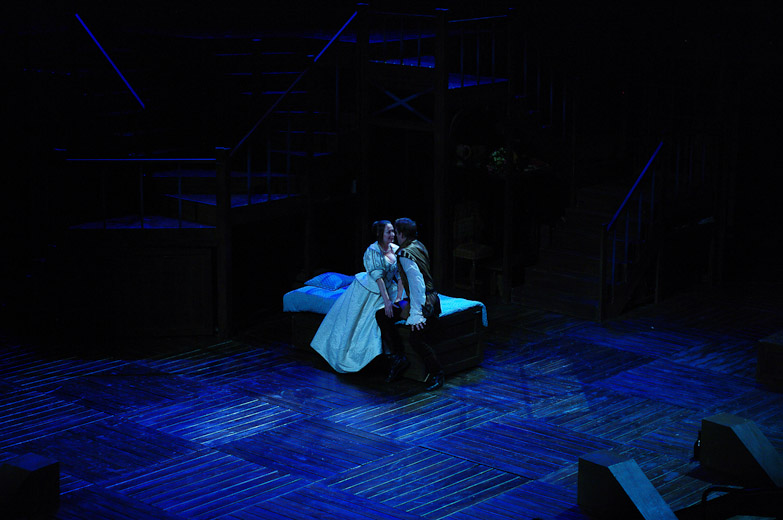 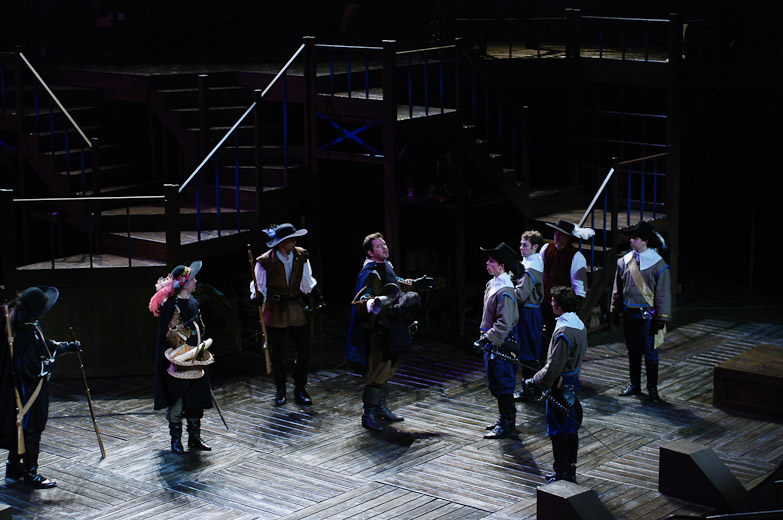 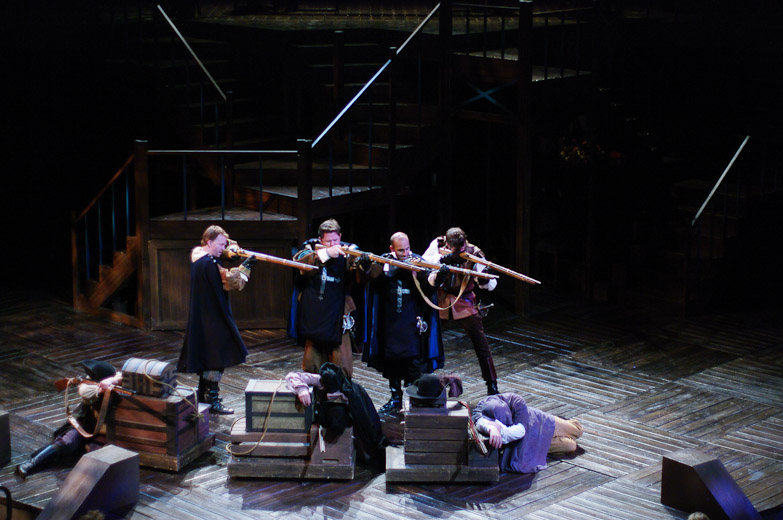