A new musical based on the novel by Jane Austen
For licensing & perusal script, contact Robert here. 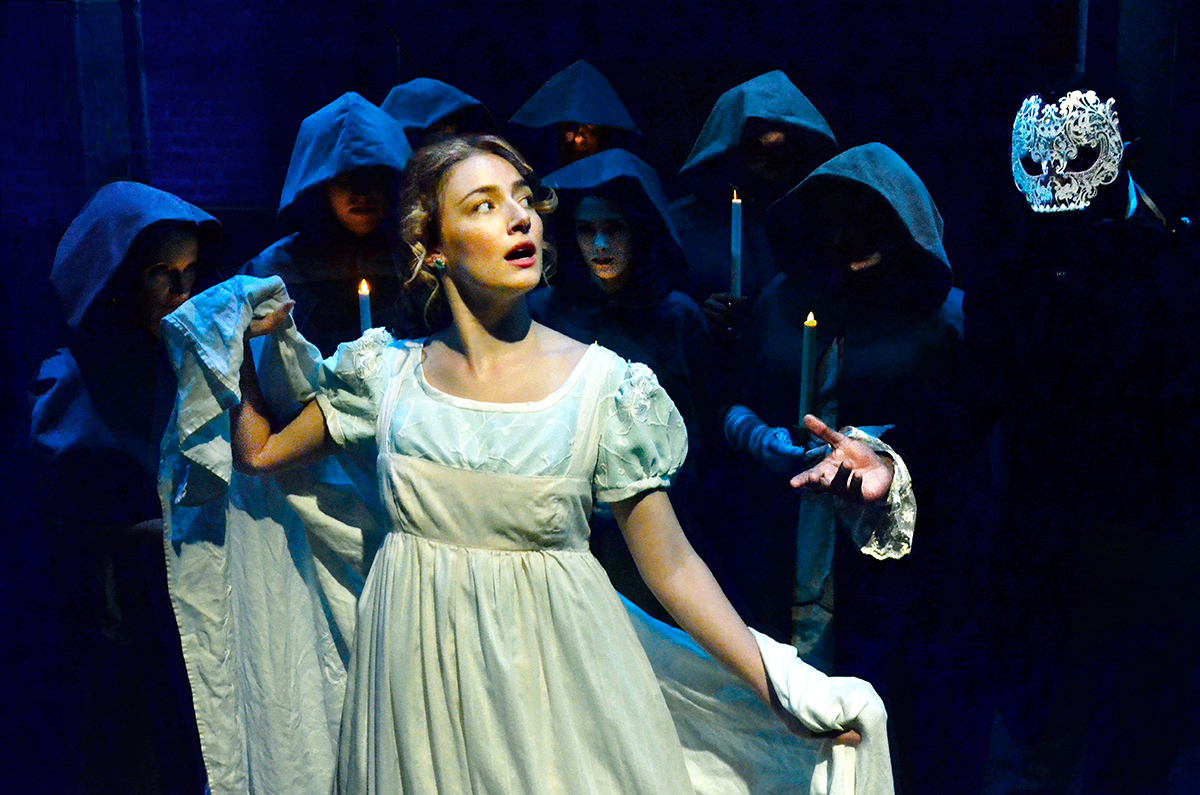 Catherine Morland leaves her quiet country home for the splendors of Bath, armed only with an innocent heart and the examples of her favorite literary heroines. Immersed in a new world of parties, balls, and high society, Catherine soon finds herself caught in a web of social scheming far above her skill to master. False friends, greedy lovers, and a wealth of misunderstandings lead to the revelation that bruises of the heart can be far more painful than the imagined terrors of Gothic novels. Take a turn through the ballrooms of Bath and unravel the mysteries of Northanger Abbey in a new musical based on the satirical 1817 comedy of manners by Jane Austen.

PRESS
“A sparkling jewel of a musical, inspired by the Jane Austen novel of the same name, it is driven by a ravishing score full of beautiful melodies and the most sophisticated lyrics (the work of George Howe); a meticulously structured book (by Robert Kauzlaric)… Marked by an abundance of intelligence, emotion, wit and style, it is perfection — a glorious look at the power of art and the complexity of love, at the tension between fantasy and reality, and at the painful transition from innocence to experience… ‘Northanger Abbey’ showcases a lyricist with the breadth and depth of Stephen Sondheim, a rapturous way with melody, and a gift for penning songs that ideally match the characters who sing them. Each of the show’s nearly 20 songs is a jewel.” —Chicago Sun-Times

“The world premiere of ‘Northanger Abbey’ at Lifeline Theatre left the audience starstruck with an equally riveting combination of writing, direction and performance… The book, written by Robert Kauzlaric, shows an expert take on structure and engagement, including themes of seeing the depth and layer in art. The music and lyrics by George Howe are catchy and memorable.” —Newcity

“Top notch. This superior production is nothing short of enchanting and is sure to delight Austen fans and musical theater lovers alike.” —Time Out Chicago

“Lifeline’s ‘Abbey’ is wrapped in quick wit with a delightful songbook that turn this Georgian-set English novel into must-see musical theatre… To turn a dialogue-heavy novel (the audio version clocks in at a tad more than eight hours) into a successful, digestible musical puts a huge onus on the book and songbook. Robert Kauzlaric’s quickly-paced dialogue and George Howe’s interesting and varied music and lyrics provide Director Elise Kauzlaric enough emotional peaks and valleys to move the action forward at a wonderfully proper theatre-viewing pace.” —Chicagoland Musical Theatre

“A brilliant world premiere musical adaptation… High praise to adapter Kauzlaric both for what he adds and for what he cuts from the novel as he tightens the story for dramatic effect. Nothing essential is lost from the original. George Howe is also to be praised for what he adds in music and lyrics. Eleven songs are interspersed in the first act and nine in the second — each smoothly weaving into the story.” —Chicagocritic 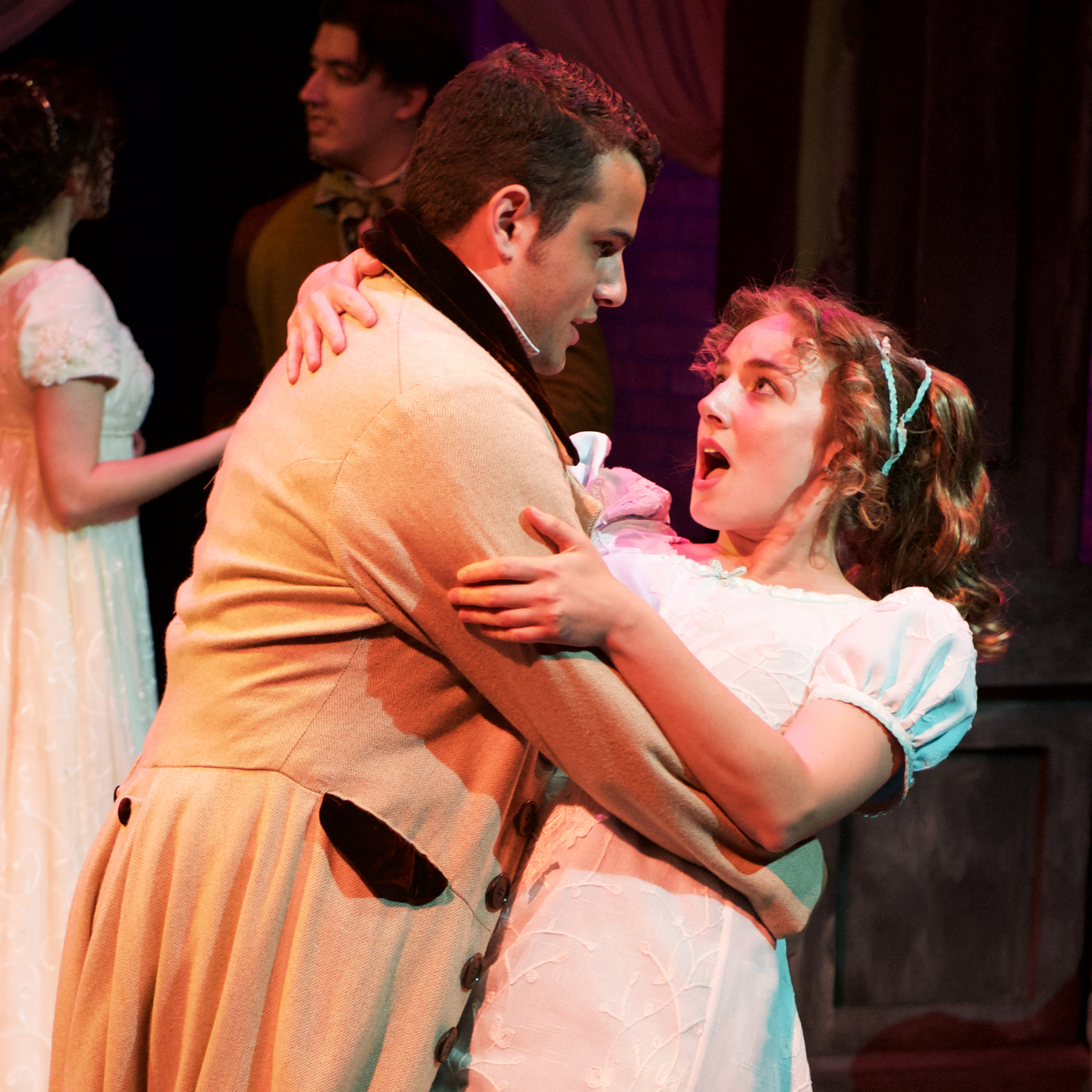 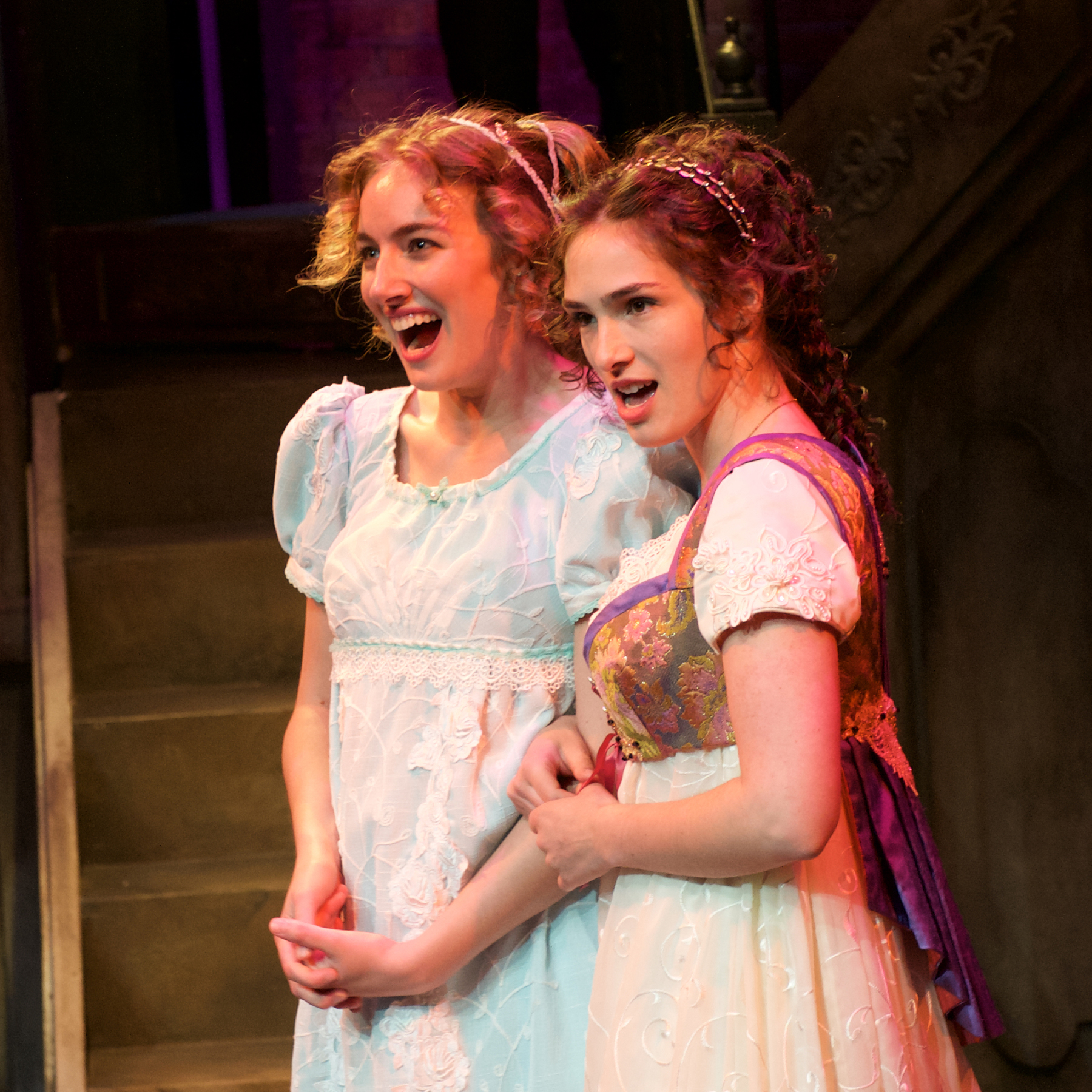 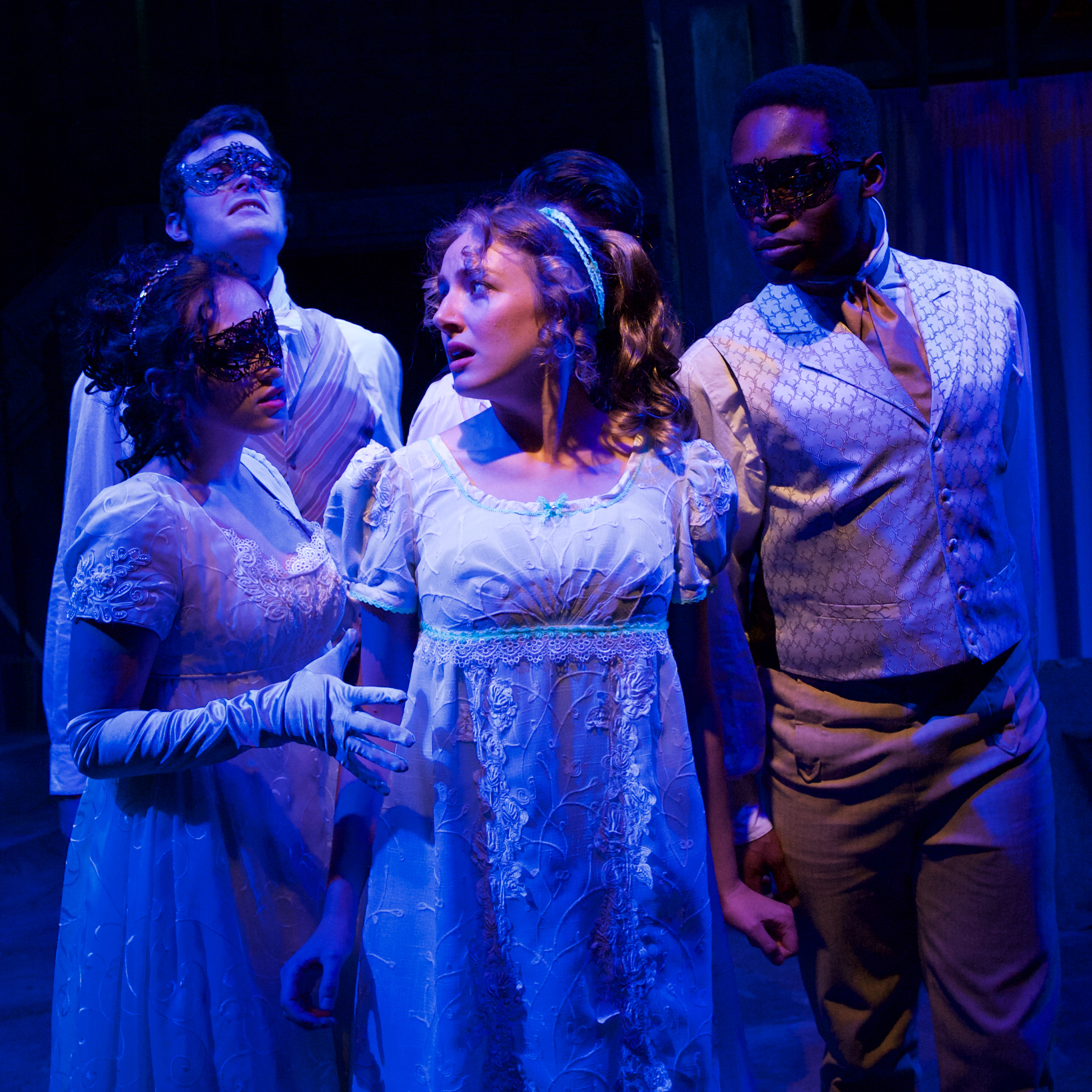 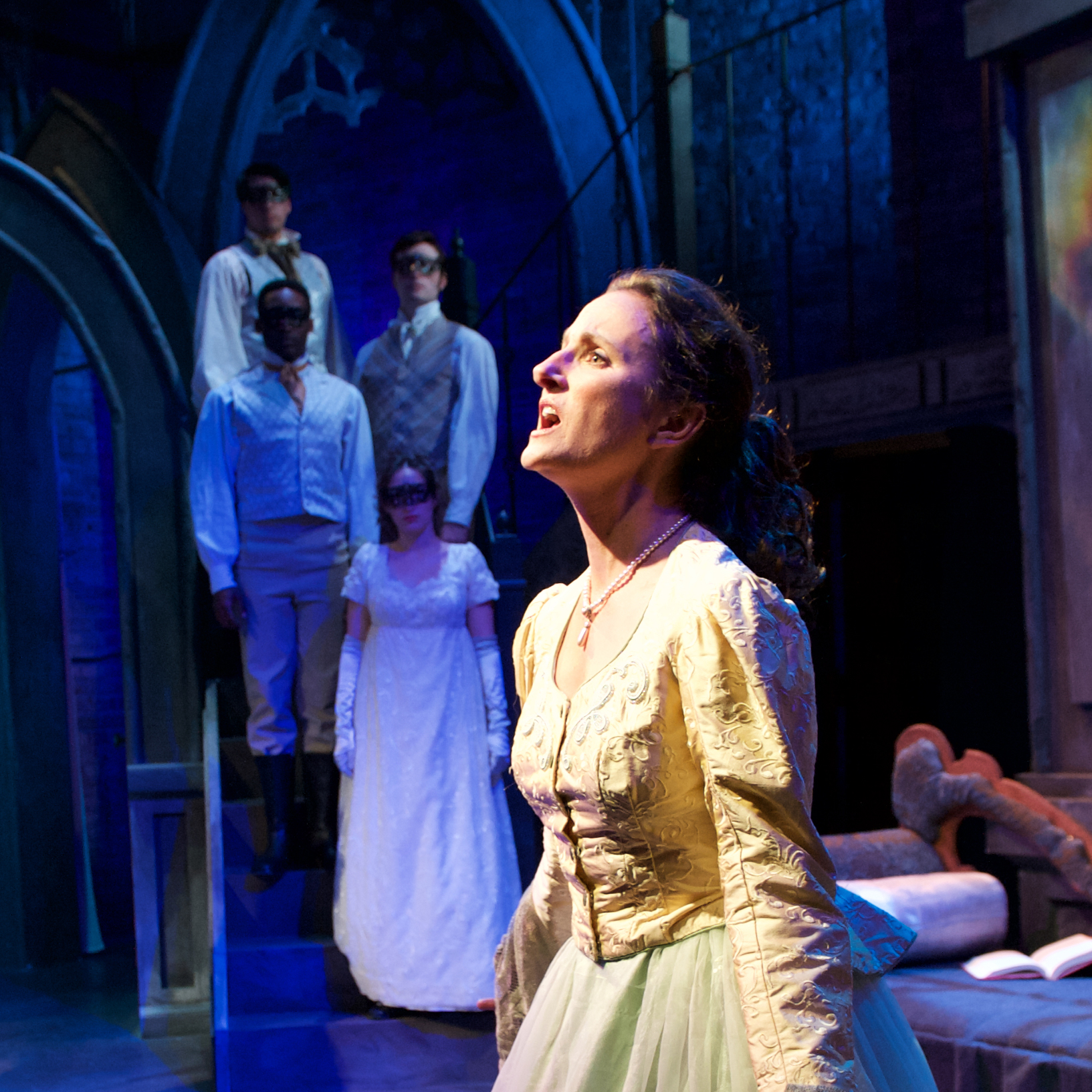