Flight of the Dodo

A children’s musical based on the book by Peter Brown ©2005
For licensing & perusal script, contact Robert here. 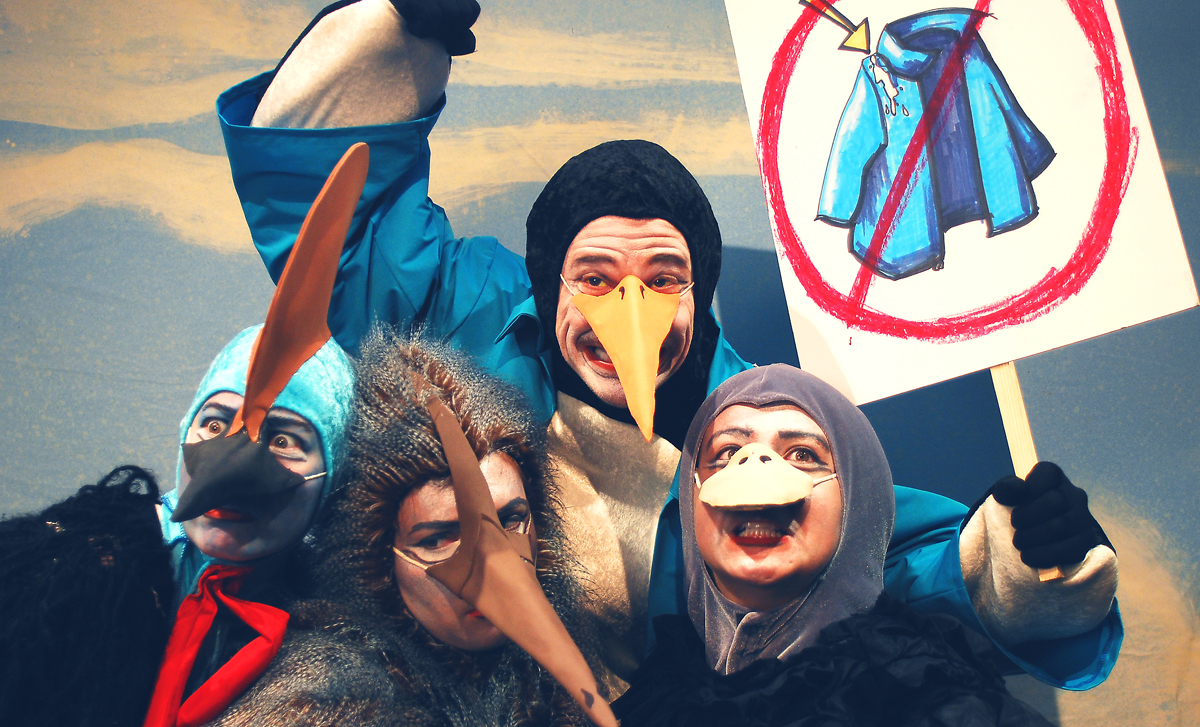 Tired of being pooped on by passing geese, Penguin and his flightless friends Ostrich, Kiwi, and Cassowary (the Waddlers) build a flying machine and take to the skies to teach the Flappers a lesson. Soar through the skies with this misfit crew as they learn to look beyond their differences and work together.

“A delightful flight of fancy… a charmingly creative production that engages the audience on many levels.” —Chicago Stage Review

“The wit of Robert Kauzlaric (adaptor and lyricist) and the melodies of Victoria DeIorio (composer, lyricist and sound designer) combine to present a story that’s fun, educational, and that uses just enough sophisticated ‘poop’ humor to keep children, as well as their adult chaperones, entertained.” —The Urban Coaster